Home » About Us » History

How Siamsa Tíre evolved, from its beginnings under the leadership of Fr Pat Ahern to the present day.

Siamsa, pronounced “Shee-am-sa”, comes from the Irish language. The word itself expresses mirth and music, Tíre means ‘of the land’.  At the heart of Siamsa Tíre lies a professional core group of full-time players supported by selected artists drawn from the local community but trained in the unique Siamsa style and idiom. Full-time and community performers, who have completed the company’s training scheme, integrate and blend into a dedicated and talented team.

Following the move to its custom built premises in 1991 the company embraced the role of operating an Arts Centre. Now, in addition to its remit as the National Folk Theatre, Siamsa Tíre also hosts a wide variety of events throughout the year. Contemporary drama, dance, classical music, comedy and literary events feature on a year round programme, as well as a vibrant visual arts line-up in the dedicated gallery spaces. Siamsa Tíre also hosts activities by local groups, arts organisations, and festivals. 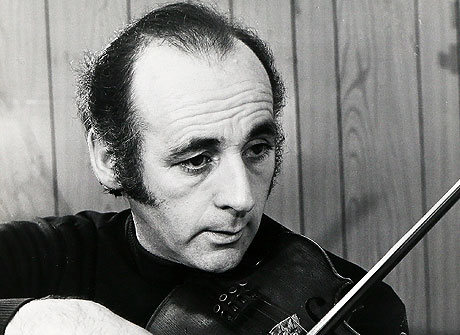 The origins of Siamsa Tíre date back to 1957 when a young curate, Fr Pat Ahern, was sent to Kerry to establish a new choir in St John’s church in Tralee. The success of the choir and the talents of some of the members inspired Pat Ahern to stage a Passion Play entitled, Golgotha, in 1963. This performance met with such acclaim that a celebratory night was organised to acknowledge the performers and organisers. The night concluded with a special presentation of song, dance and music by some of those involved. This too was so warmly received that Pat Ahern and a number of others decided to continue to explore further possibilities for the informal group. They decided to call themselves, Siamsóirí na Ríochta.

A core impetus for the group was the preservation of some of the traditions in music, song and dance in North Kerry that were in danger of disappearing. Chief among these was the ‘Munnix’ style of dancing as taught by the travelling dance master, Jeremiah Molyneaux, or Jerry Munnix as he was known. Many of the pieces included in the initial presentations focused on the Amhráin Saothar or work song which accompanied many of the traditional occupations and tasks in rural Ireland. Threshing, tending to animals, scything, churning, cobbling, along with festivals such as Bealtaine and Lughnasa formed the core of these productions.

During these early years, Siamsóirí na Ríochta performed in a variety of venues in Ireland (including the Abbey Theatre) and abroad and were also invited to perform on a number of Raidio Teilifís Eireann productions. In 1968, Michael Maye, a Bord Fáilte representative in Tralee, suggested that the group stage a season of productions during the summer. This was to be Siamsa Tíre’s first Summer Season.

Pat Ahern prepared a plan to foster the development of Irish folk culture in 1972 and in the ensuing years he proceeded to implement it. With the formation of Siamsa Tíre Teo in 1974, Pat Ahern was appointed Artistic Director, a position he held until his retirement in 1998.

A vital element of Pat Ahern’s plan was the fostering of traditional Irish folk culture in a series of Tithe Siamsa or Folk Academies located in strategic, tradition-rich parts of rural Ireland. The first of these was built in Finuge in North Kerry in 1974 and the second the following year in Carraig in the Chorcha Dhuibhne Gaeltacht. Here, training in music, dance, song and movement was delivered to selected students over a period of three years, free of charge. Those students who show significant promise then graduate to an advanced class in Siamsa Tíre in Tralee, and from there to the Community Cast of the company.  Whilst most of the training currently takes place in Tralee, the same system of training continues. 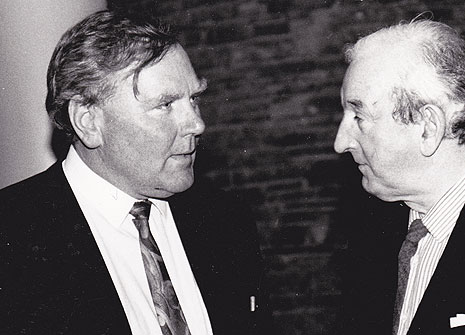 The other key individual in the development of Siamsa Tíre was Martin Whelan. Martin initially became involved in a voluntary capacity when Teach Siamsa in Finuge was being built. His energy and commitment to this development lead him to take a more full-time role in the organisation and in 1974, he was appointed as General Manager of Siamsa Tíre, a position he retained until his untimely death in 2002. At the time of his passing, Martin Whelan had become one of the best known and best loved arts administrators in the country.

Siamsa Tíre continues to play a central role in Irish cultural life, regionally and nationally. Tours abroad over more than 40 years have also contributed to a growing international reputation for the company.  Siamsa Tíre continues to place a strong emphasis on development, working with visiting choreographers such as Mary Nunan, Cindy Cummings, Sue Ellen McCarthy, directors and more recently, writers, including Michael Harding.

“There is a sense in which we do not own our culture, we are only trustees. The treasure is only on loan and we must take it, refurbish it in the light of our experience and hand it on.”